It was at a Gloria Jean’s. We had a blueberry cheesecake and iced mocha to share — not that these details were important. There were other important things, like the imminent sob-fest I was entering.

“T”, I began. “I really think I’m going to fail.” The last word came out in a ragged breath, leaving my lips like rough sandpaper against the flesh of a baby’s bum. Okay, I’m being dramatic — but when you’ve worked hard all your life for an exam, only to be set back by a silent killer — not a fart! — an anxiety attack, you sort of collapse inside. I chugged down more mocha. T raised her eyes and looked at me with warmth.

“Look”, she said. “Whenever I pray, I realize that God won’t exactly give me what I want, but what He knows I can handle.”

I’m not a Christian, but those words stuck with me. My fork, clenched in a clammy fist, clattered on the table. Wait a second.

All my life, I’ve worked hard to juggle my passions and academic commitments like every other stressed-out student. My friends know of the extreme, anxiety-filled fits I work myself into the moment my work should count, and try to steer me away from reaching my limit so that I can go out there and get ’em, tiger!

But now was after the exam. It was over, and I shouldn’t have left the anxiety extend into a period of rest, where my mind should be unraveling itself and smoothing itself out for the next big battle. I’m not a Christian, but I could still pray and keep in touch with my centre and God, and at that moment when T uttered those words, I realized something —

What if we prayed for what we deserved? Instead of what we wanted? Because relying on yourself and finding strength within yourself is one of the most “preached about” lifestyles in this modern society, and working hard so that you can eventually rely on the effort you have put in is a wonderful way to embrace this ideal. I know that if I prayed for what I deserved, I wouldn’t be scared — because I had put in the work, and I believed in myself — I believe that I am enough.

So I’ll pray for what I deserve, and not what I want, because sometimes what I want isn’t what I need. 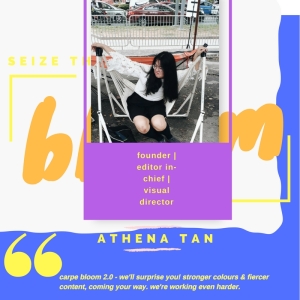 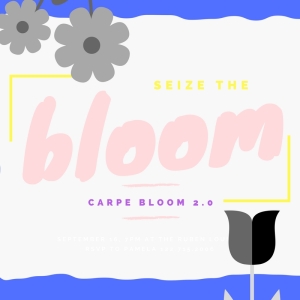 IM HERE AND I FEAR